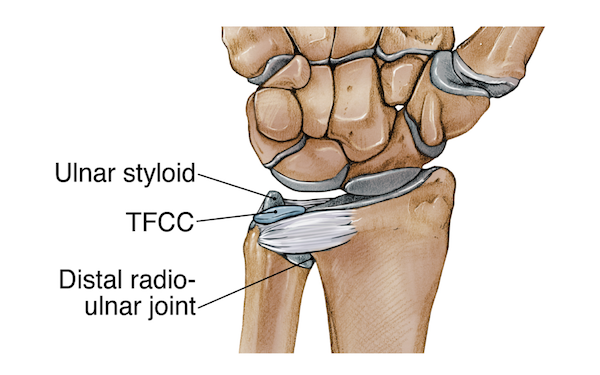 The Triangular FibroCartilage Complex (TFCC) is formed by the triangular fibrocartilage discus (TFC), the Radio-Ulnar Ligaments (RUL’s) and the Ulno-Carpal Ligaments (UCL’s). The TFCC consists of collagenous fibres (ligaments) implanted in a fibrocartilage matrix that extends to the extremity of the radius and ulna to achieve a concave shape. The TFCC allows the distal radius to slide around the ulna during supination and pronation.